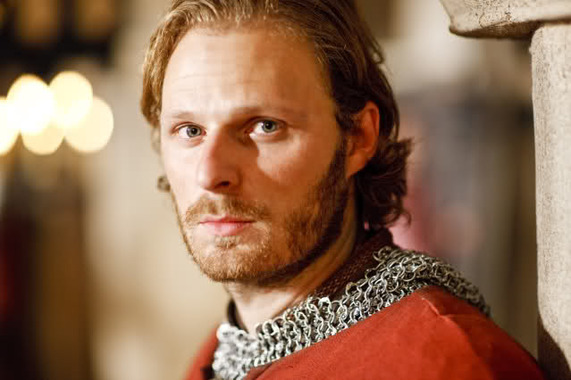 During a tournament in The Once and Future Queen, Sir Leon backs off when he could have unhorsed Prince Arthur, letting his lord win.
It is this which gives rise to the episode's plot of Arthur competing in a tournament while in disguise so that he can truly test his skills but unknowingly placing his life at risk to an assassin's blade.

Not much is known about Sir Leon's youth, Gwen and Elyan's mother worked as a servant for his family and he has known Arthur's queen for most of her life. He joined the Knights of Camelot under King Uther and became very close to the slightly younger Prince Arthur.

Leon is steadfast, loyal and true, he acts as the sensible and mature element of the Knights of the Round Table once they are founded under King Arthur and appears to be very proud of his role serving Camelot.

During his time as a Knight of Camelot and then a Knight of the Round Table, Sir Leon took part in daring escapades and many battles as well as tournaments and feast days. His ability to seemingly rise from the dead, after falling to Kilgaragh's dragon breath, and also to Cenred's army when the druids used the Cup of Life to heal his wounds, has lead to Leon's nickname as the "unkillable knight" among the fans. 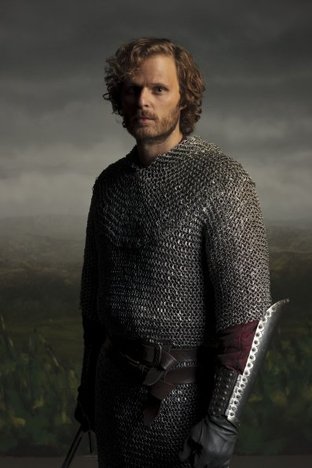 BBC publicity still for Series Four of Merlin showing Rupert Young's character Sir Leon
Leon is  loyal to the Pendragon family refusing to pledge himself to Morgana, believing that she had no right to be queen as Uther had never acknowledged her as a Pendragon.

Even when Morgana had Leon and his men at the mercy of archers armed with crossbows, declaring that they would be spared if they pledged to serve her, he and his men defiantly refused.

He defended Camelot from the Great Dragon. He also fought against Cenred’s warriors and the undead skeleton army during the siege of Camelot.
He is a skilled leader and, during Arthur and Merlin’s search for Balinor, he took command of the knights of Camelot.

Leon also has a sense of humor. He and the other knights sometimes teased Merlin and it is apparent that Leon thinks of Merlin as a friend. Leon also interpreted Merlin’s desire to kill Arthur as a joke, not realising that Merlin, while under the influence of a Fomorroh, actually meant what he said.

Originally Leon was only supposed to be a character in The Once and Future Queen, but he received such a good reception that the producers brought him back again and again.