Here, in his Historia Regum Britanniae (English: The History of the Kings of Britain), Mordred (called Modredus) has been left in charge of Albion while King Arthur is off fighting the Roman Emperor Lucius. His first traitorous act is to declare himself king and marry Guinevere, forcing Arthur to return from his European campaign, although only after defeating Lucius in Gaul. He confronts Modredus at the Battle of Camlann, kills him but is, in turn, mortally wounded himself, retiring to the mystical Avalon and handing over the kingdom to his cousin Constantine. In this version of the legend Mordred is Arthur's nephew, the son of his sister Anna (Morgause) and her husband Lot of Orkney.

A second Welsh source, the Breuddwyd Rhonabwy (English: Dream of Rhonabwy), also identifies Mordred as Arthur's nephew and explains that there is already bad blood between the two men which explodes into conflict when a messenger, Iddawg, delivers Arthur's request for peace in the "rudest possible way" as he was eager for battle, and therefore starts the war. This tale dates back to the late 12 or 13th century and is set during the reign of Madog ap Maredudd (who died in 1160). The bulk of the story centres around a dream Rhonabwy, a retainer of Madog, has in which he he goes back in time to the court of King Arthur and is on hand to witness the cause of the Battle of Camlann.

Mordred byMalory - from treachery to incest

H. J. Ford's Sir Mordred
The suggestion of an incestuous birth for Mordred only comes with the French Vulgate Cycle. Here two sources provide different versions of how Mordred's birth occurs. In the first Arthur and Anna (also known as Morgause), King Lot's wife sleep together before they discover they are half brother and sister. The second version mirrors that of Arthur's own birth as Morgause is tricked into believing he is her own husband Lot.

Sir Thomas Malory takes this idea and runs with it, providing Arthurian readers with the most commonly accepted version of Mordred's incestuous birth. He uses a story from the Post-Vulgate Suite du Merlin, known as the May Day Massacre.
Arthur is warned by Merlin that the child who will be responsible for the downfall of Albion will be born on that day so he collects all the children born on May 1st throughout the kingdom, including his incestuous son Mordred, born after an encounter with his half sister Morgause, wife of King Lot of Orkney, and puts them in a ship and sets it adrift, hoping it will sink. His plan fails when the ship breaks up on the rocky shoreline, killing all on board with the exception of Mordred, who is rescued and fostered until the age of 14, when he is returned to his family with the knowledge his father tried to kill him.

Malory has Morgause unaware of her relationship to King Arthur. She is a daughter of Igraine and Gorlois and mother of Gaheris, Gawain, Gareth and Agravaine and is not the villainess she becomes in later mythology. His Mordred also has moments of sympathy. The people of Albion rally behind him because "with Arthur was none other life but war and strife, and with Sir Mordred was great joy and bliss".

All later works, from this moment onwards, have Mordred at the centre of the plot to overthrow his father, either spurred on by his mother or on his own instigation. He becomes aware of Guinevere and Lancelot's adulterous relationship and, together with his brother Agravaine, informs the King.

Oddly enough, Malory's most famous source of information, the Frenchman Chretien de Troyes makes no mention of Mordred at all in any of his five medieval romances. 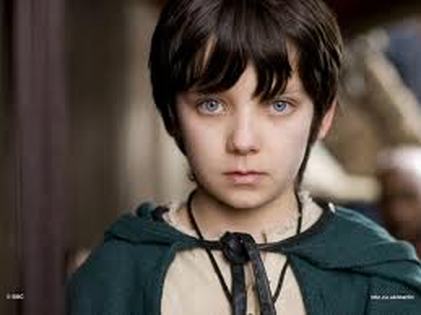 Asa Butterfield as the young Mordred in the BBC's Merlin
For their Mordred, the BBC's Merlin producers Johnny Capps and Julian Murphy decided to take a completely novel approach to the character. Instead of being Arthur's nephew or son, he is a young boy apprenticed to Cerdan, a druid master. While the show doesn't make it clear, it is assumed that Cerdan was his father.

He was rescued by Merlin and Morgana after Cerdan was betrayed to Uther's guards while on a trip to Camelot's market to sell something. The elder druid was captured but used his magic abilities to provide an escape for Mordred, who was injured in the flight. Morgana hides him in her rooms while Uther has Arthur and his personal guard searching for the druid boy. He becomes ill due to his wound being infected and Merlin gets Gaius' help to treat him. However, Gaius refuses to help return Mordred to the druids.

Mordred forms a close bond with Morgana, who helps treat his infected arm, and she convinces Merlin to help her get him out of the castle. However, they are caught by Arthur during the escape. Merlin is told by the great dragon Kilgharrah that he must not help Mordred as he is destined to be the cause of Arthur's death and an enemy of Merlin.

Mordred speaks to Merlin in his head, and is the first person to refer to him directly as Emrys, which means Immortal, and is the name which the druids have given the young warlock, causing him to feel guilty about not helping Arthur and Morgana. At the last minute he shows up to help them escape Camelot and return Mordred to the druid encampment.

Morgana visits the druid encampment when she begins to fear her magic's erratic appearance and Merlin suggests she could visit them to seek aid in how to control her visions and powers. She encounters Mordred again and they build their relationship further. Unfortunately Uther believes she's been kidnapped and sends soldiers after her.

Merlin tries to reach the camp before Arthur and his men arrive but he's too late and they begin to destroy the settlement. Merlin is reminded of Kilgharrah's prophesy regarding Mordred and he tries to stop him by causing him to trip over a tree branch. Unfortunately for Merlin, Mordred uses his magic to kill the two guards trying to capture him and he once more speaks directly to Merlin, telling him "I shall never forgive this Emrys, and I shall never forget". 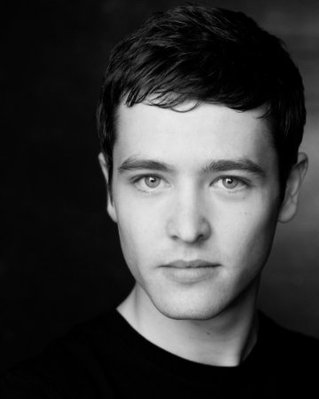 Alexander Vlahos, who is playing the older Mordred in Series Five of the BBC's Merlin